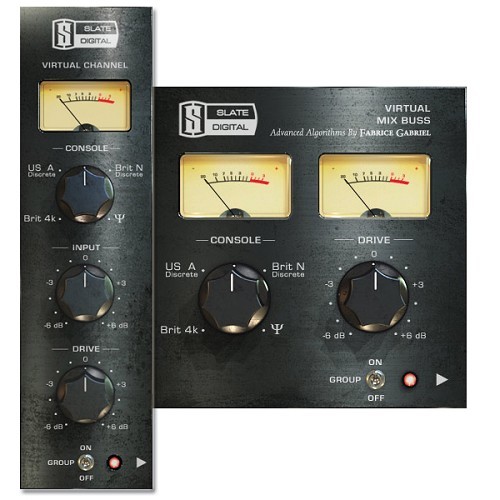 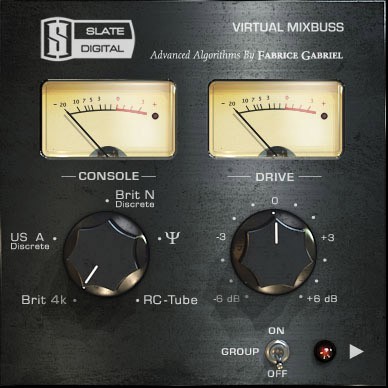 Despite the digital revolution in the audio industry, many of today´s top commercial albums are still mixed on analog consoles. Audio engineers rely on analog mixing to provide the nonlinear musical qualities that digital mixing does not produce. "When you mix through an analog desk you get this life and body to the sound that just doesn´t happen when you mix inside the workstation. The separation and imaging from the analog summing is very apparent, especially when your track count gets high" remarks mixer Jay Baumgardner (Papa Roach, Evanescence).

The Slate Digital VIRTUAL CONSOLE COLLECTION brings the sound of 5 of the world´s top analog consoles into your DAW workstation. "Slate Digital CTO Fabrice Gabriel and I studied these consoles inside and out. We meticulously modeled the entire circuit path so that we could recreate every subtle nuance that makes these consoles the legends that they are," says Slate.

The VIRTUAL CONSOLE COLLECTION consists of two plugins, Virtual Channel and Virtual Mixbuss. Each plugin allows the user to choose from one of five modeled consoles. Virtual Channel is applied on individual mixing channels. Virtual Mixbuss goes on the first insert of the master fader. When using the Virtual Console Collection, your DAW instantly takes on the personality of a real analog mixing desk. The imaging and depth improves, instruments sit better in the frequency spectrum, and mixing becomes easier and more musical. You can even push the DAW faders up to find each mixer´s "sweet spot."

Product activation
This instrument requires an iLok 2 Key for activation - iLok 1 not supported!
This USB protection device is not included in the box of this collection, it is a separate item you have to buy additionally. So you’ll have to order at least one iLok Key with your first purchase.  If you already own another iLok 2 protection device you can use it for this instrument, too. Each iLok 2 dongle can store up to 500 product licenses. Licenses can be manged easily using the iLok Licence Manager and for protection against theft or loss we recommend you the Zero Downtime Protection with TLC

Additionally an internet connection on any computer and a free user-accout at www.ilok.com is required to authorize the product.