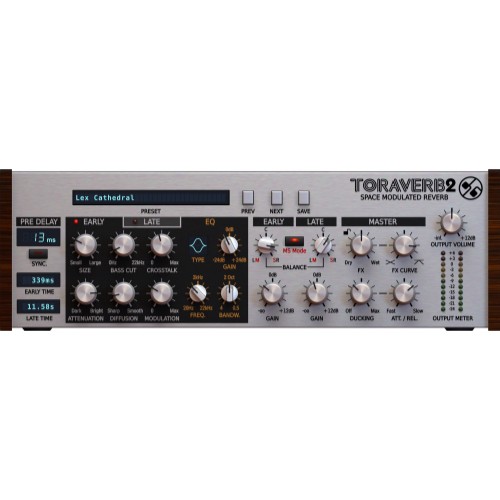 Toraverb was never meant to be an emulation, approximation or a recreation. D16 did not implement any "off-the-shelf" algorithm or impulse response. Unlike a classic unit such as spring, room, hall or plate, Toraverb is a concept in its own right. Using a set of easily accessible parameters, it allows the user to create practically ANY type of algorithmic reverb. D16's goal was to create something which would sound beautiful no matter where the knobs are.

Reverb is a critical effect in a mix. A good digital reverb depends on the algorithms used and their implementation quality. Usually, reverb is used as a send effect in which many channels in a mix are routed to it. If a poorly designed plug-in or hardware unit is used, the end result is tinnier/muddier mixes, with reverb tails sounding like they’re being torn off inhumanely.