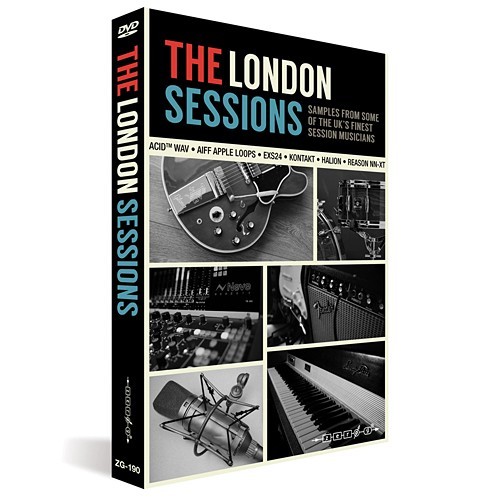 Imagine that you had the pick of the best session musicians in London. Musicians who have played for artists as diverse as Amy Winehouse, Chaka Khan, Robbie Williams, Lily Allen, The Specials, Whitney Houston, Ronnie Wood, Mika, Tiny Tempah and Kathryn Williams.

Then you record them in one of the best known studios in the world, Dean Street in Soho, London. A studio that has played host to the likes of David Bowie, T-Rex, Thin Lizzy, U2, The Smiths, Robert Plant, Pink Floyd, Tina Turner, Black Eyed Peas, Noel Gallagher, Tinchy Stryder, Plan B, Frank Sinatra and Dusty Springfield to name but a few.

You create 16 unique brand new songs in a wide variety of styles from cool retro & soul a la Mark Ronson to lounge, rock and funk all with the characteristic sound of players who have backed Amy Winehouse and many other incredible artists.

Record it all through a Neve console and mix on an SSL Duality. Then you strip each full length song into its individual tracks and cut those into manageable parts that can be used as the user sees fit.

Producer, programmer and engineer Jake Carter has done just that and created a library of 1700 samples of the utmost quality in terms of musicianship, songwriting and recording quality.

Drums, bass, electric and acoustic guitars, piano, organ and synth are the mainstays of each track but there are also luscious live strings, loads of percussion, plenty of kicking brass, some woodwind, the odd vibraphone, clarinet, music box, mellotron, harp and even some scratches, vocal fx and mandolin.