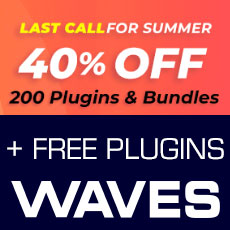 Waves - Last Call For Summer - Savings of up to 80% and free plug-ins:

Get the Waves special discount of 40% on the already reduced Waves plugins! The prices shown are already reduced, which means you don't need any coupon codes. From September 17th through September 20th, you save even more on Waves Artist plugins. 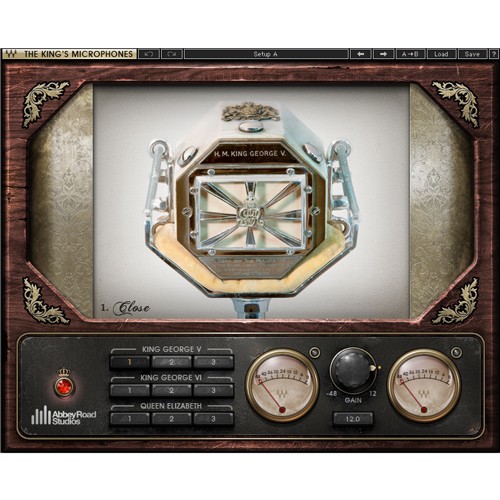 Used exclusively by the royal family for speeches on momentous occasions, each of these three priceless microphones dating back to the 1920s and 1930s was tailored and tuned especially for its specific user: King George V, King George VI, and Queen Elizabeth. Beautifully designed and decorated with gold, silver, and chrome adornments bearing the royal coats of arms, each is a one-of-a-kind aesthetic masterpiece with its own distinctive sonic character. The King’s Microphones plugin offers stunningly accurate recreations of the originals’ unique frequency responses, with three proximity settings for each.

Discovered deep within the vaults of EMI outside London by Peter Cobbin, senior recording engineer at Abbey Road Studios, the microphones were used to record music and dialogue for the film, the first time they had been used by anyone outside the royal family. Cobbin, who worked closely with Waves on the development of the plugin, commented, "It was exciting to know we had the very microphone used by King George VI, the central character of this film, and I thought how appropriate and inspiring it would be to have the microphones present at our recording sessions. The royal microphones are works of highly-skilled craftsmanship."