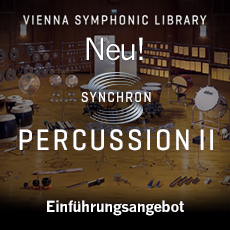 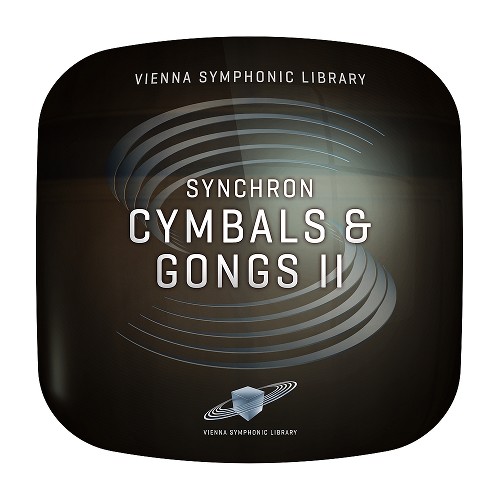 € 95,-
$ 104.00
£ 84.00
écouter
Update Required To play the media you will need to either update your browser to a recent version or update your Flash plugin.
Produits associés
Specs techniques

Synchron Cymbals & Gongs II is a subset of the Synchron Percussion II Collection and contains a tam-tam, Burma gongs, and China gongs.

Tam-tams have existed in China for more than 2000 years. Originally, they were used for rituals and ceremonies, often to emphasize the master of ceremonies’ importance. The tam-tam is similar to the gong, with a sound that is inharmonic, quite brash and broad. Soft hits can be breathy and ominous. The harder tam-tams are hit the higher the ratio of high frequencies; and the larger the instrument is, the slower it responds, blooming into full volume before gradually fading.

The tam-tam of Synchron Percussion II is the smallest of the series with a diameter of 70 cm (27 1/2"). Unlike the two tam-tams of Synchron Percussion I, it has a flat rim. It was recorded with up to 10 dynamic layers and 12 round robins for single strokes, with hard as well as with soft mallets. To create various effects, the tam-tam was hit and scratched with triangle beaters, beaten and swished with big brushes, made to sing with a super ball and rasp and squeal with sticks, as well as bowed to excite its overtones.

The Collection also provides a Preset “Tam-tams All” that unites all Patches of Synchron Cymbals & Gongs I and II, and thus facilitates switching between all three tam-tams. If Synchron Percussion I is not installed on your computer, we recommend using the Preset “Tam-tam flat 70cm”.

Burmese Gongs are characterized by a raised center boss. They sound in distinct pitches and are known in various south-east Asian countries such as Burma, Thailand, Cambodia, and Indonesia. They are often used as lead instruments in traditional music. Large, low gongs sound very powerful and imposing. This makes them well suited for accents – however, they need the appropriate space in the arrangement as well as time to develop. Smaller gongs can also be used for melodic passages.

The Burmese gongs of Synchron Percussion II are provided in an exceptionally broad tonal range of four octaves (C2–C6). They were sampled with up to 12 dynamic layers and four round robins for single strokes. There are single hits and rolls with hard and soft mallets, as well as numerous effect sounds, which comprise articulations with rods, brushes, rasping stick, hits and scratches with triangle beaters, and the singing sounds produced by being rubbed with a super ball.

The Chinese gongs of Synchron Percussion II were recorded with up to eight dynamic layers and eight round robins for single strokes. Various rolls are also available.