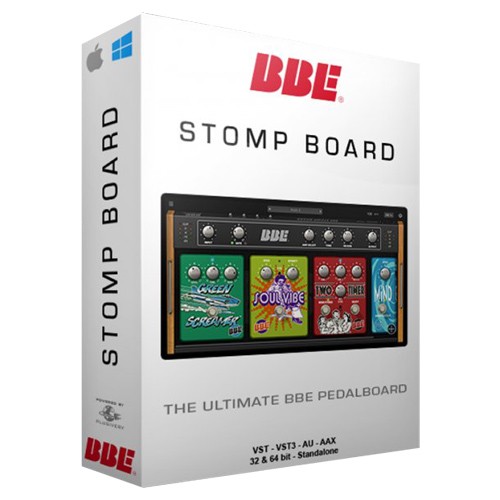 Your new Guitar Stomp Board from BBE Sound

Stomp Board is a standalone application and plug-in set containing the host "Stomp Board" with an integrated amp simulator, and 8 premium modelled effect plug-ins from the original BBE Stomp Ware classics. Each pedal is available separately outside of the Stomp Board host and is backwards compatible with the former Stomp Ware product line for your sessions.

Stomp Board acts as a host application/plug-in for 8 guitar effect pedals taken from the original "Stomp Ware" classics and which can be unlimitedly loaded and chained in any order via simple drag/drop, detailed below. It includes a dedicated and finely tuned Gate, 4 integrated Amps to get you up and rocking from the start, a tilt style Tone control for global EQ setting and inbuilt spring reverb alongside input and output knobs and gain staging metering view. 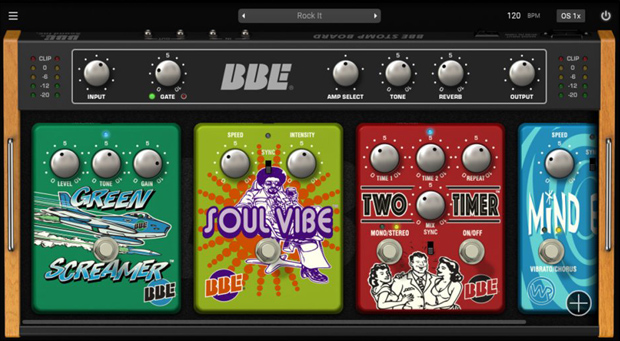 The system requirements can be found in the product description or on the manufacturer's website.