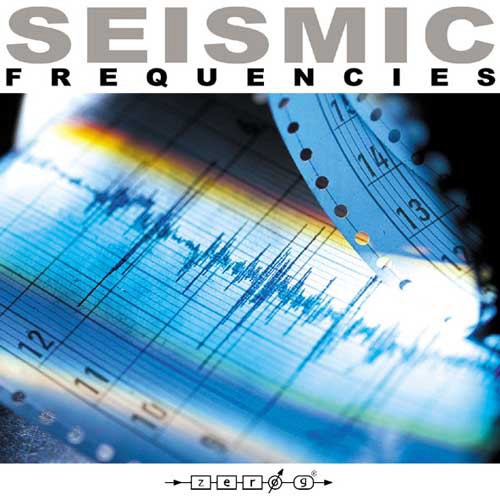 € 54,-
$ 52.79
£ 49.33
écouter
Update Required To play the media you will need to either update your browser to a recent version or update your Flash plugin.
Specs techniques

Dangerously beautiful landscapes of organic tones, moody washes and powerfully expressive sound energies fused with a multitude of adventurous experiments in audio alchemy, makes Seismic Frequencies strong and intoxicating enough to cause an earthquake of sonic influence on all styles of music.
"A solidly constructed, useful, and inspiring journey into sound design" (Sound On Sound magazine, UK)

Seismic Frequencies features a vast array of unique and original samples under the following category headings:

"Variety is delivered by the truckload... Just the right amounts of spaced-out, occasionally threatening, sometimes beautiful, and often downright weird audio that shows as much skill in sound design as it does in creative recording, mixing and processing techniques... The middle third of the disc contains exactly the kind of material that would be perfect for multimedia applications and sound designers for video games... Seismic Frequencies pushes the sonic envelope further and succeeds in proving that pure creativity and consumer accessibility need not be mutually exclusive... Will make even the dullest of programmers wish they were working on post-production for The Matrix 2..."
- SOUND ON SOUND magazine, UK

"The sounds would certainly be well suited to videogames, television, film and multimedia shows. Most are harsh and cold, which would make them ideal for sci-fi films or science documentaries..."
- FUTURE MUSIC magazine, UK

"...This CD is a nice accompaniment to breaks or any drums, but also very useful for film/visual work or ambient chill out material. A quality source of sounds for your collection..."
- THE KNOWLEDGE magazine, UK

"The sounds on Seismic Frequencies are as appropriate for industrial and drum'n'bass as for new age and ambient... the collection includes a series of ancient drones and archaic loops, as well as some very intense atmospheres that recall the earthy, cinematic work of new age guru Steve Roach... Awarded 5 out of 5"
- REMIX magazine, USA

"There's such a wide selection of samples here that you could dip into it no matter what style you're working in.."
- COMPUTER MUSIC magazine, UK