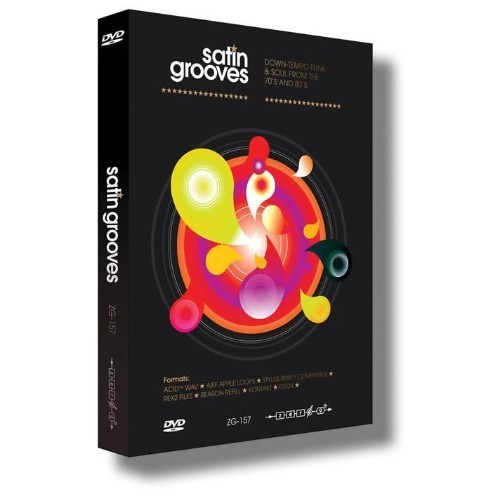 Contained in this library are 34 construction kits ranging in tempo from 60bpm to 100bpm that evoke the creamy soul of Marvin Gaye, Barry White, Anita Baker, Quincy Jones, the Isley Brothers and Michael McDonald plus the electro-soul sound of Jimmy Jam & Terry Lewis and Mtume from that classic dance era of the late 1970s and 1980s.

This library is a goldmine for every hiphop, R´n´B, dance or media producer.

In addition to the 34 construction kits. there are dozens of bass, guitar, drum and piano loops, plus wah-wah chords, all recorded in pristine 24bit audio.

All of the samples have been pre-cleared and are 100% original & royalty-free for your musical use without any additional licensing fees!

So get down and experience the funkiest, smoothest, silkiest and SEXIEST sample library ever made! If you don´t believe us just listen to the demo songs!

The producer and multi-instrumentalist Davor Devcic aka D3 writes:

"I started to listen funk´n´soul records when I was 15 years old back in 1981. I was seduced by the rich harmonies and arrangements of Quincy Jones, Kashif (producer of Melba Moore and Evelyn King), Jay Graydon (Al Jarreau), Tommy LiPuma (George Benson), Earth, Wind and Fire and many others.

My musical taste grew not only from mainstream funk´n´soul, but, more importantly for my house music foundations, from what is called the "Disco Underground". Those rare grooves founded on funk, soul and jazz left a big mark on my musical knowledge. Alphons Mouson, Shakatak, Light of the World, George Duke, early S.O.S. band, Eumir Deodato, to name but a few. My whole musical biography is in fact a constant search for that fantastically creative sound.

Right in the middle of creating Classic Disco I made one or two slower construction kits and thus the idea for the next sample library naturally evolved in my mind: to make similar project with a down-tempo feel, with bpms from 60 to 100bpm, in the smooth style that is so familiar to me - the funk ´n´ soul from that great 1977 – 1987 period. I have listened to these harmonies and grooves for decades and I think that I have given You that spirit and sound."