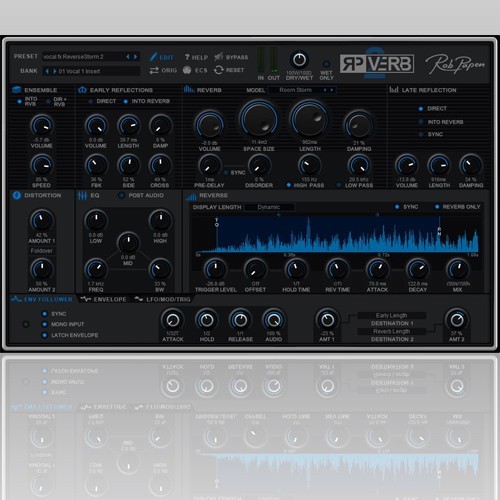 After the original RP-VERB came out, it quickly became loved by many producers worldwide.
Its dense and warm sound made it legendary and a go to reverb for many. As usual the Rob Papen brand always seeks new directions and for many it won’t be a surprise to find some new creative tools inside
RP-VERB 2!

Most intriguing in RP-VERB 2 – next to a great sound – is the new ‘Reverser’ section! This allows you to reverse the reverb sound in a very creative way. It can be tempo based and controlled easily. Awesome for creating some unique fresh sounds. The Reverser is fantastic on any sound, from vocals to drums…. loops…you name it.

RP has also added even more inside RP-VERB 2 for controlling and changing the sound. There is an ‘Envelope Follower, ‘Envelope’, ‘LFO’ and a ‘Mod matrix’ to control the parameters! Last but not least there is the ‘Distortion’ module inside RP-VERB 2 featuring several useful algorithms as well as the RP-Delay. You will be stunned at what an amazing influence this can have on the reverb sound and not only for drum and percussion sounds! 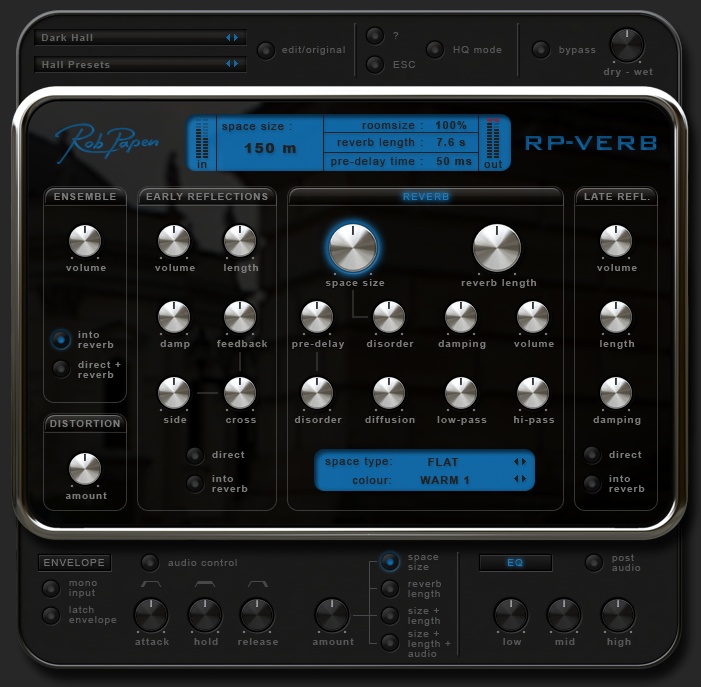 Prisma is not compatible with NKS.