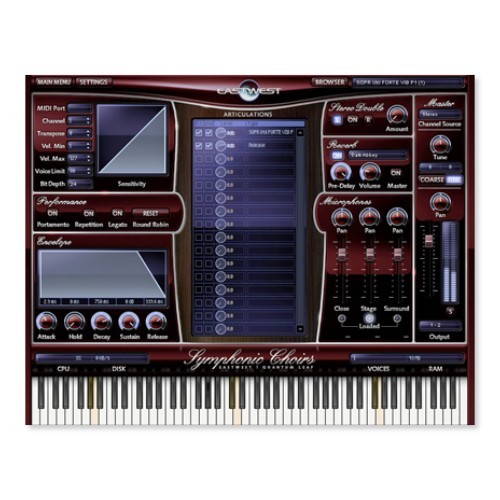 (21)
€ 259,-
$ 259.00
écouter
Update Required To play the media you will need to either update your browser to a recent version or update your Flash plugin.
Produits associés
Plus d'information
Ratings
Prix
Mentions
Specs techniques

Imagine typing words into your computer, in any language, and hearing a world class Symphonic Choir sing those words in any key(s) you play "live" on your keyboard controller! Well imagine no more, that´s exactly what this revolutionary "award-winning" virtual instrument does. In addition, this is the first 24-bit Choir virtual instrument to include three simultaneous stereo mic setups (close, stage and hall), so users can mix any combination of mic positions to control ambience. The Choirs were recorded in the same concert hall, by the same team as the EastWest/Quantum Leap Symphonic Orchestra and blend perfectly with EWQLSO. 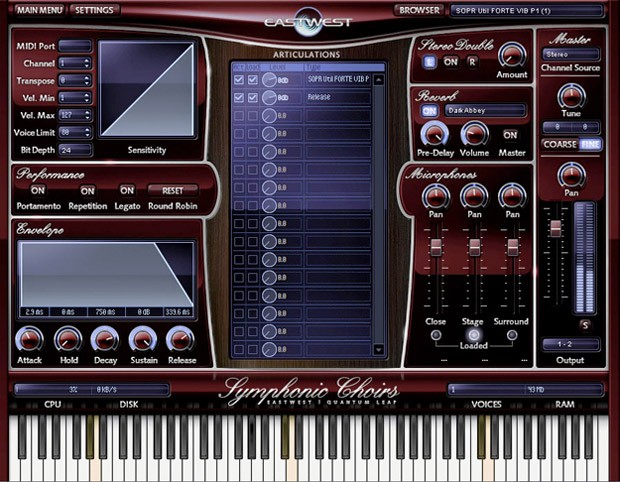 WordBuilder is the word building software that enables Symphonic Choirs users to type in words for the Choirs to sing. This software - included in PLAY - runs on both MAC and PC, and includes a pop-down menu that includes 28 popular Latin phrases that you can load instantly. Many choirs sing in Latin so this is a real time saver for those on a tight deadline. The phrases have been optimized for each Choir. The pop-down menu is completely customizable so users can add their own phrases to the menu for quick and easy access. 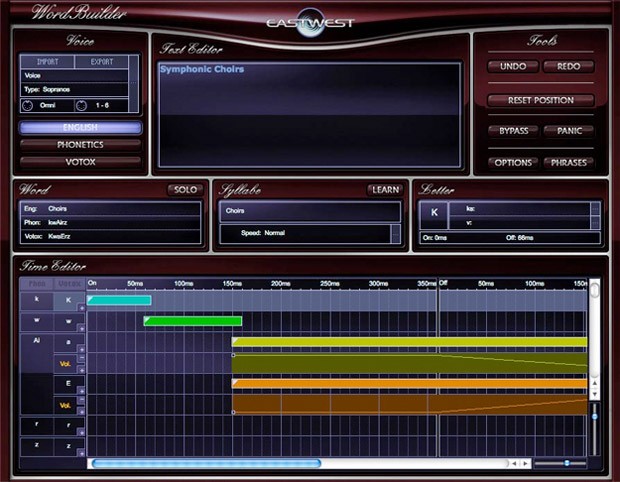