The displayed prices are already reduced. 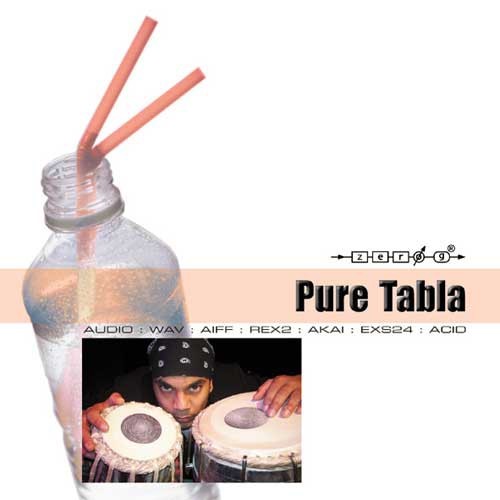 An unbelievable range of sonic beats created entirely with Tablas! Extreme remixes of incredible Tabla performances, with rhythmic adventures unlike anything you've heard before. Whether it's dance or pop, Pure Tabla will give your rhythmic tracks a cutting edge inspiration.
"A valid and well-produced library, ideal for anyone interested in the 'India meets dance' genre.. Plenty of feel, mood and excitement"

The tablas were performed by AREF DURVESH who has performed and recorded with: Sting, Nitin Sawhney, Badmarsh and Shri, Jeff Beck, Katia Labeque, Susheela Raman, Khaled, Cheb Mami, BBC Proms. Aref has been a key member of Nitin Sawhney's band for the last 6 years, and has toured extensively in Europe. Pure Tabla was recorded, mixed & produced by Gerard Albo.

"Pure Tabla is a valid and well-produced library, ideal for anyone interested in the 'India meets dance' genre... There's certainly plenty of feel, mood and excitement to explore, and many of the loops would sit well over more conventional rhythmic loops at the same tempo"
- SOUND ON SOUND magazine, UK