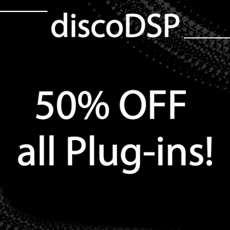 Summer Sale - Up to 50% Off all Disco DSP products until end of July! 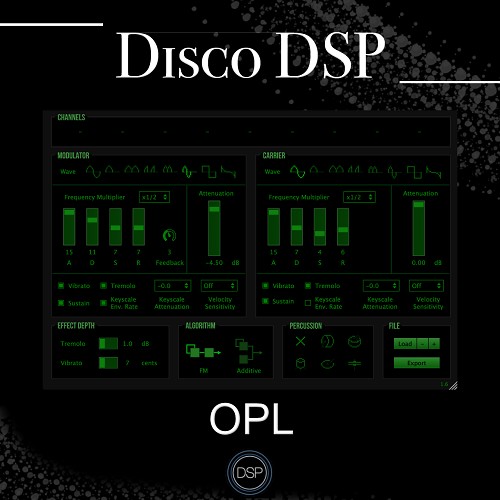 An OPL is a digital sound synthesis chip developed by Yamaha in the mid-1980s. It was used in sound cards for PCs, including the Ad Lib card and early Sound Blaster series. 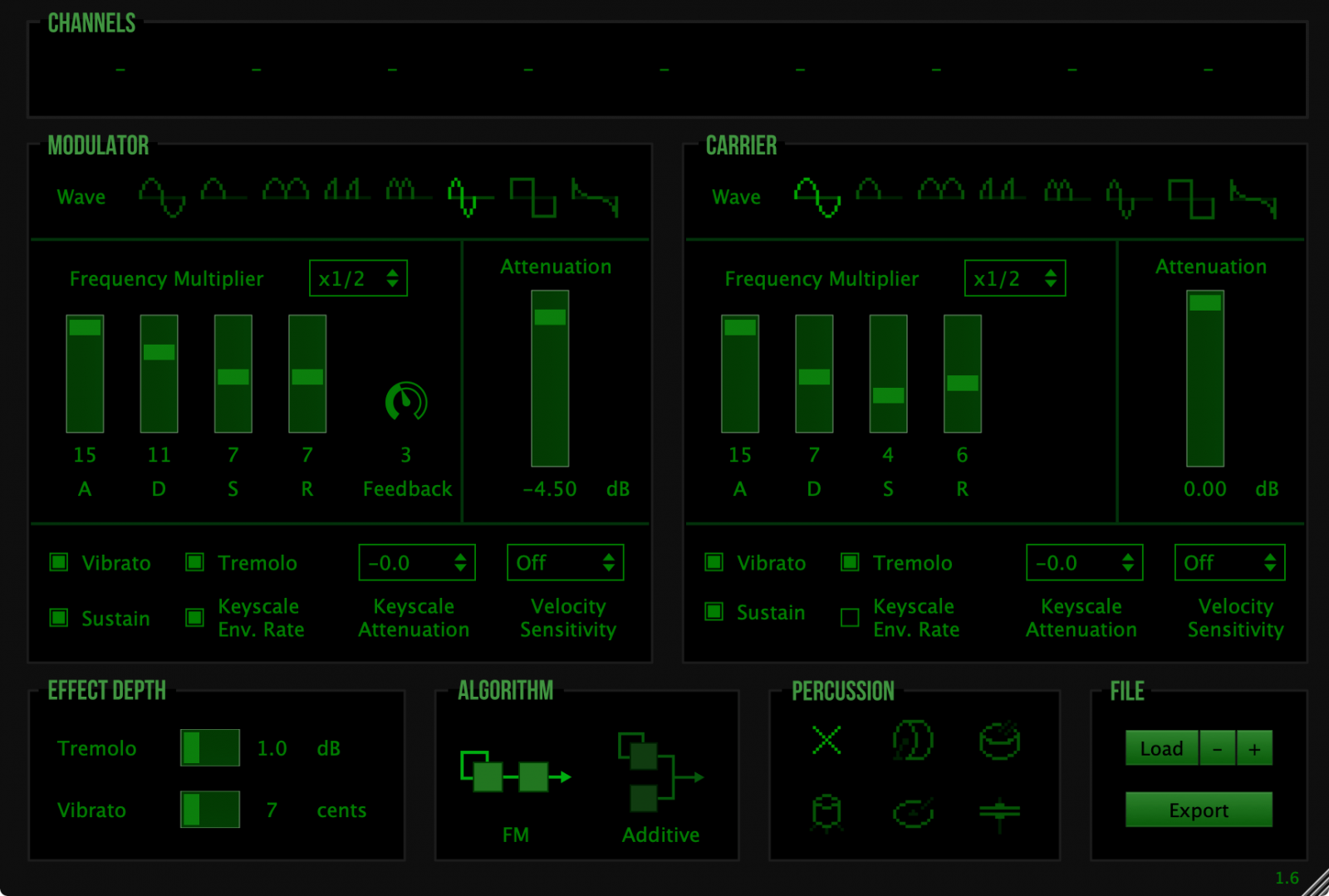 What is an OPL?

Technically, the emulator has channels, each consisting of 2 oscillators. Each pair of oscillators is usually combined by phase modulation (basically frequency modulation). Each oscillator can generate one of eight waveforms (sine, half sine, absolute sine, quarter sine, alternating sine, camel sine, square, logarithmic sawtooth) and has an ADSR envelope that controls its amplitude. The unusual waveforms give it a characteristic sound.

How do I use the OPL?

Each instance of the plugin emulates an entire OPL chip, but with this plugin you basically only work with two operators: the carrier and the modulator.

SBI files are an instrument file format developed by Creative Labs back in the day for the Sound Blaster. Basically they work as presets for the plugin. Just drag and drop them into the plugin window!

Percussion mode is now supported! This mode is not very well documented, not even in the original Yamaha documentation. Here are some tips for its use, based on experiments and on the DOSBox source code: