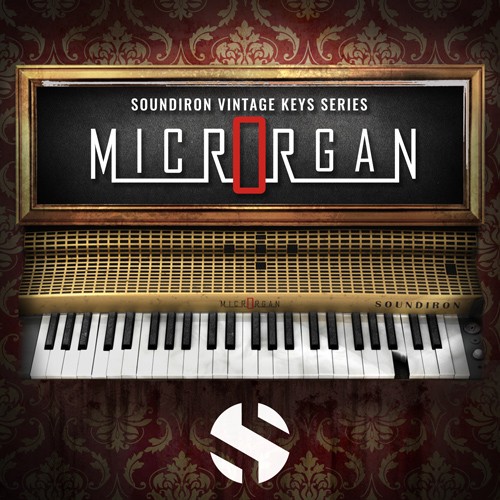 € 29,-
$ 29.00
£ 26.48
écouter
voir
Update Required To play the media you will need to either update your browser to a recent version or update your Flash plugin.
Produits associés
Specs techniques

Soundiron's Microrgan is a vintage 49-key analog synth from the 1950’s. Soundiron has captured its old-school fat, creamy tone in 9 classic waveform shapes, with infinite sustains and tight staccatos. But to take this far beyond an ordinary analog synth sample library, they also created 20 awesome sound-designed custom synth and effects presets and 40 unique sound-designed ambiences that can be played chromatically as atmospheric synths, dronescapes and pads or used directly in your DAW for underscoring and texture. 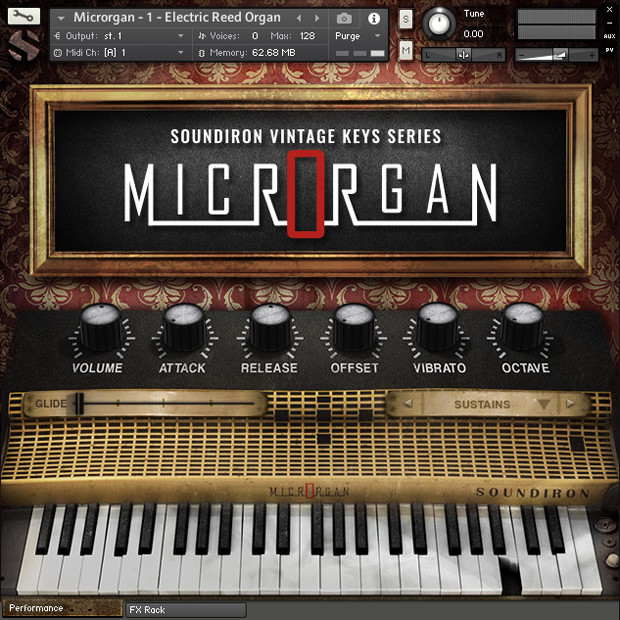 Microrgan was recorded in a dry studio using a pair of Neumann TLM 103 large diaphragm microphones. Soundiron recorded its stock presets with sustains and staccato samples for each key. The included octave, vibrato and FX rack give you an easy-to-use interface to completely customize and shape its fat analog sound to fit a variety of creative styles.

This library is designed for the full retail version of Native Instruments Kontakt 5.5.2 or later.