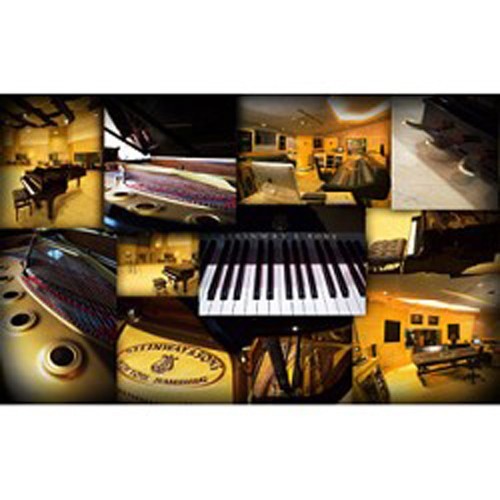 (10)
€ 115,-
$ 115.00
£ 97.00
écouter
Update Required To play the media you will need to either update your browser to a recent version or update your Flash plugin.
Produits associés
Ratings
Specs techniques

Galaxy II reveals the sound of a Steinway D concert grand, which is probably the most popular concert grand of all. It was recorded in the Galaxy Studios, Belgium, one of the most sophisticated studios in Europe with a huge recording hall. The instrument was hand-chosen by studio owner Wilfried van Baelen out of dozens of instruments at Steinway/Hamburg, delivering an amazing sound with an exceptional dynamic range.
Galaxy Steinway was recorded in 5.1 surround and stereo with a tremendous microphone setup to capture its size and dynamic range with 6 channels.

Heinrich Engelhard Steinweg, piano maker of the Steinweg brand, emigrated from Germany to America in 1850. In 1853, Steinweg founded Steinway & Sons, by the year 2000, Steinway had made its 550,000th piano. The Steinway Model D 270 is probably the most popular concert grand of all. For Galaxy II, a Model D was recorded in Galaxy Studios, Belgium; one of the most sophisticated high-end studios in Europe, which also boasts a huge recording hall. The instrument was chosen by studio owner Wilfried van Baaren out of dozens of instruments at Steinway/Hamburg. It was recorded in 5.1 surround and stereo with a tremendous microphone setup to capture its size and dynamic range with 6 channels.