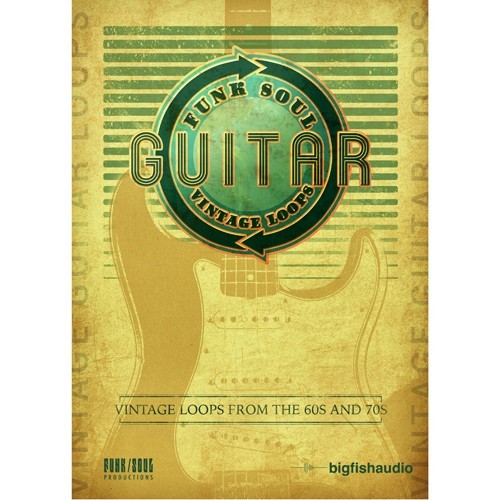 € 99,-
$ 99.95
écouter
Update Required To play the media you will need to either update your browser to a recent version or update your Flash plugin.
Produits associés
Specs techniques

An archive of vintage Funk, Soul, and R&B rhythm guitar loops and licks

Vintage Guitar Loops has been formatted in the most widely-used formats: Apple Loops, Acidized WAV, and REX files, making it usable in virtually every piece of software and hardware on the market today. In addition, this library comes fully formatted for Kontakt as part of the Big Fish Audio KLI 3.0 Series which transforms this loop library into a truly moldable and musical writing instrument.

Kontakt 5.8.0 is required to use the Kontakt 5 instrument patches in the KLI version of this product. This product does not work with the free Kontakt Player.