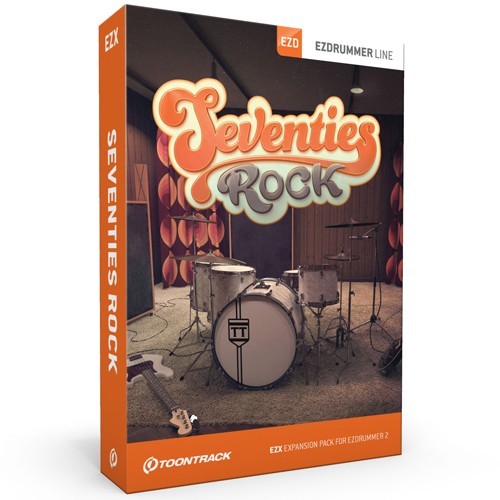 A Feel Of The Real Seventies

The 1970s rock scene was one of diversity and constant reinvention. On one end of the scale, bands like Led Zeppelin and The Who not only paved way for a new breed of loud, beat-driven rock – but also revitalized the drum hero of the jazz age and introduced a never-before-heard sonic ideal of big, massively saturated drums. On the opposite end, acts like the Eagles and Fleetwood Mac took on a noticeably more polished production suit. Still, both sounds were very much products attributed to the advances of recording technology. The Seventies Rock EZX sets out to capture that scope – from the farthest end of epic, earth-shattering and reverberant down to classic, dampened and low-key. 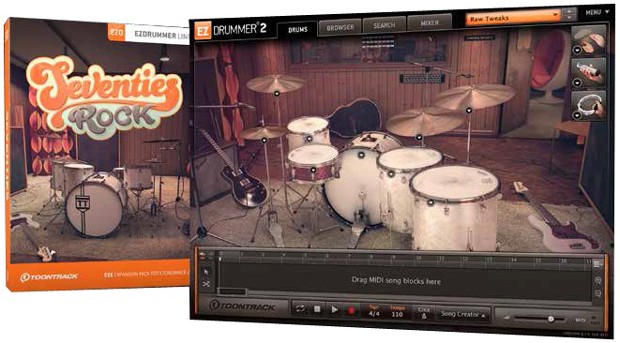 The recording sessions were held at the Columbia Studio A in Nashville, one of the world’s most famed recording studios. Today, restored to practically a museum of pristine 1970s recording gear, it serves as a training academy for Belmont University. The EZX includes three fundamentally different kits: a bombastic-sounding, one-of-a-kind replica of Buddy Rich's ’70s-era Slingerland as well as two different renditions of a mid-‘70s Camco – one with standard drum heads and one with toweled.

All this, coupled with the powerful framework of EZdrummer 2, will give you an unprecedented sonic palette to help craft your ’70s-inspired rock for years to come.