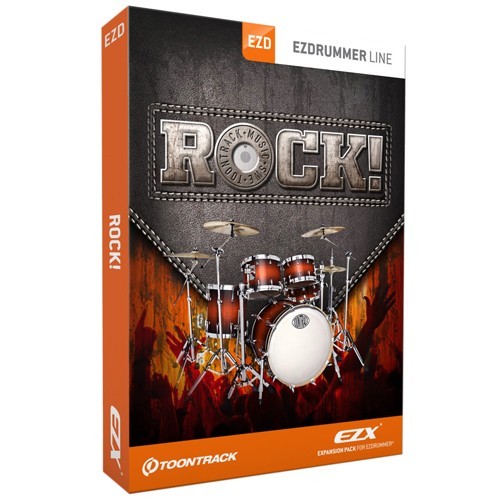 Take Neil Dorfsman, a Grammy Award-winning engineer with four decades worth of experience and credits on some of the best selling rock records ever made, give him full access to drums recorded in the most renowned studios in the world and the freedom to blend, mix and match samples collected during his entire recording career, all in order to design the ultimate collection of rock drums. The end result you get is a jaw-dropping selection of completely unique kits unlike anything you have ever heard – hybrids of mixed and custom made drum sets, tailored for any kind of rock.

The Rock! EZX comes with eight custom drum kits based on selections from the near infinite Toontrack sound vaults, featuring rare and vintage drums recorded over the past decade in renowned studios like New York´s Allaire Studios, Blackbird Studios in Nashville and 2khz Studios in London. All sounds were handpicked and re-mixed through various outboard chains as well as layered with engineer Neil Dorfsman´s (Bruce Springsteen, Bob Dylan, Dire Straits) personal collection of samples.

The Rock! EZX gives you four decades of engineering experience boiled down to eight tailor made kits spanning the whole range of rock – from ambient to dry, vintage to modern.

As with most of Toontrack's expansion packs, the quality of the samples is excellent and most certainly worth the entry price"