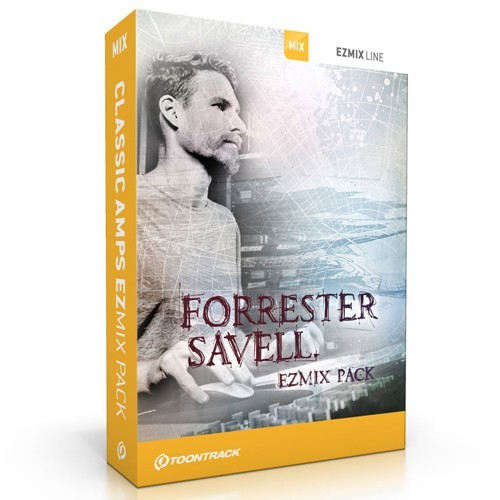 Since graduating from the West Australian Academy of Performing Arts in 2000, Forrester Savell has worked out of the famous NRG Studios in Los Angeles, engineered and co-produced alongside some of the top names on the west coast, relocated back to Australia and landed himself two Producer of the Year ARIA Award nominations, three gold certified albums and several high profile projects. Needless to say, in a relatively short time Forrester Savell has established himself as a go-to name in the heavy rock community. Some of his most critically acclaimed work includes defining albums by the likes of Karnivool, Dead Letter Circus and The Butterfly Effect – all productions with dense, intricately layered landscapes of sound, widely considered cutting edge in modern rock production.

This collection of settings for EZmix 2 takes a broad approach and gives you anything from lush, ambient and distorted guitar tones to settings for vocals, bass and a variety of mix tools for drums – all applicable across any genre definition.

With this pack you’ll be able to hone all the basic elements in your next mix – from firing up a guitar tone to setting the vibe of your synth bass, beefing up your kick or just randomly applying one the 50 creatively saturated chains of effects to whatever you may have going on at the moment. Because that’s the beauty of EZmix 2 – no rules apply. Start mixing!