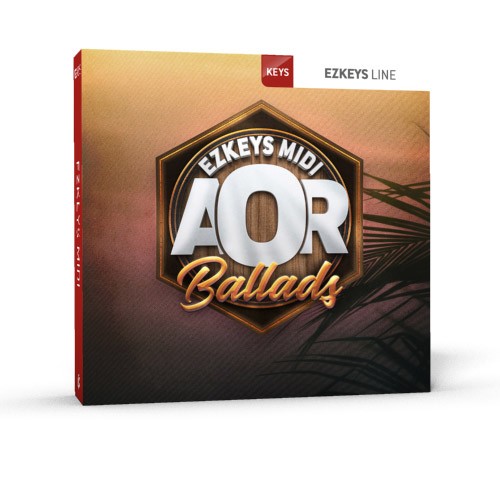 Expansion Pack for EZkeys - Ballads inspired by the AOR genre.

In the late ’70s and all through the mid-to-late ’80s, AOR was at the apex of its popularity. Bands and artists like Peter Cetera, Journey, Foreigner, Toto and many more broke through to the mainstream tier and conquered not only the airwaves but also the movies. Much attributing to this fact were their ballads – big, layered and with a slick, often meticulously produced, rock and instrument-driven foundation somewhat new to the format.

The piano-based songs of this era are what laid the foundation and served as the main catalyst for this collection of MIDI for EZkeys. Expect big choruses, creative chord-runs, twists, turns and a world-class player behind the wheel – basically all the signifying traits of AOR as we know it. Start writing!

Also included as an option in EZkeys MIDI 6 Pack BUNDLE - save big!

To download and install this product you must own at least one registered EZkeys Piano!