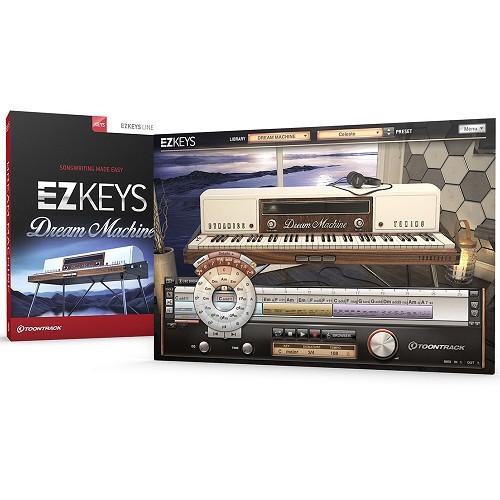 EZkeys Dream Machine is a hybrid and preset-driven instrument designed for use in modern pop, ambient soundscapes and soundtracks.

It’s centered around two main components from opposite ends of the audio spectrum: a Rhodes Mark 7 electric piano as well as an undisputed cornerstone in the melodic percussion family, the celeste. Both main instruments can be used individually, but together they form unique sonic texture unlike anything ever heard. In addition to these two instruments, a marimba and a xylophone are utilized in the background of several of the many included presets to paint even richer timbres of sound.

All in all, EZkeys Dream Machine is a new creative vantage point in your arsenal of songwriting tools. It’s percussive, melodic and, quite frankly, sounds like a dream.
FEATURE SPOTLIGHT 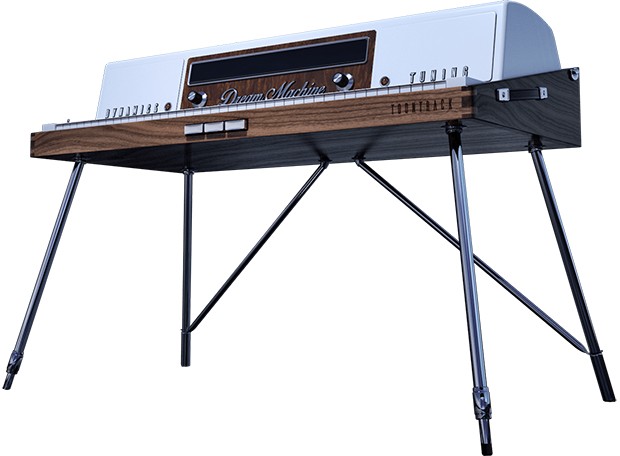 The Rhodes is a classic electric piano that emerged in the mid sixties. Since then, it’s been immortalized in countless iconic songs and used by just as many players. It’s likely one of the world’s most popular electric pianos – spanning use in anything from rock to jazz, blues and the most cutting-edge genre of any decade.
CELESTE.

Although a member of the percussion family, the celeste, is very much similar to an upright piano but with smaller keys and a much more condensed cabinet. Sonically, it reminds a lot of a glockenspiel but with a softer and more subtle timbre, which is also the quality that gave the instrument its name, celeste, meaning ‘heavenly’ in French. As opposed to a piano, the hammers in a celeste strike metal plates instead of strings.
MARIMBA AND XYLOPHONE.

These two melodic percussion pieces are both struck manually with mallets and have been used in near any context or genre. Together with the main instruments in EZkeys Dream Machine, these two timeless instruments are used for layering in several of the included presets, adding sonic width and timbre.