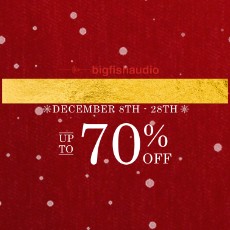 Big Fish Audio Black Christmas Sale: Up to 70% off select instruments and loop libraries! Only until Dezember 29th.

The essence of the Modern sound of RnB, Trap and Hip Hop

Entourage: Modern RnB, Trap and Hip Hop captures the very essence of the Modern sound of RnB, Trap and Hip Hop. This massive library of 50 Construction Kits provides every element needed to create hit tracks from scratch, and augment existing tracks with the perfect ingredients. Whether you need one-shot drum samples and full drum stems or massive 808 subs and catchy synth hooks, Entourage has everything you need to get the job done quickly, easily and flexibly.

Entourage: Modern RnB, Trap and Hip Hop has been formatted in the most widely-used formats: Apple Loops, Acidized WAV, and REX files, making it usable in virtually every piece of software and hardware available on the market today. 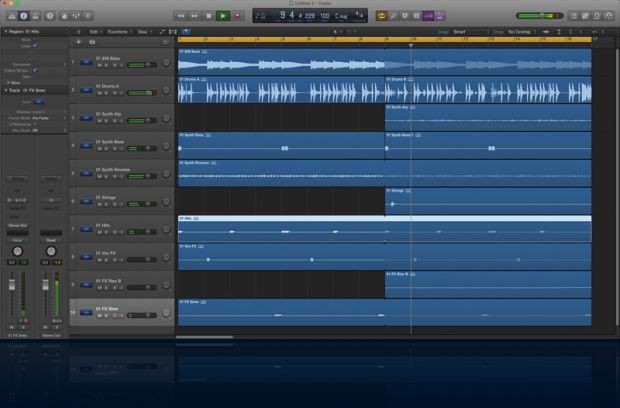 Each audio file has been expertly cut and edited to loop perfectly, and has been recoded in the highest quality 24-bit rate to ensure absolutely top quality end results.

If you work primarily with Apple products, be sure to utilize the extra loop tagging functionality in Garageband and Apple Logic as well as Apple's proprietary time-stretching and pitch bending algorithms.

If you're working inside Protools, Cubase, Fruity Loops, Ableton Live, Sony ACID, or any other DAW on the market, the Acidized WAV files are the perfect fit for time stretching and pitch bending capabilities. The Acidized WAV files can also be used as standard WAV files in almost any music tool in production today.

Beat-makers and artists who love sampled melodic slices work well with our REX/RMX format that takes advantage of all the powerful programming found in Stylus RMX and the Dr. Octo REX player in Propellerheads Reason.

The KLI 3.0 Series allows you to quickly arrange and mix tracks in our Kit Combo Patches and make completely original drum tracks with our custom drum patches that include both multi-track drum loops and one-shot samples.

Libraries in the KLI Series (Kontakt Loop Interface) include a custom interface for tweaking loops and sounds beyond what was previously possible. Each loop is given its own patch, and can be extensively edited by manipulating the various slices of the loop. In addition, groups of loops that play together have been given their own patch as well making it easy to quickly arrange and mix loops on the fly. Each patch in the Kontakt player will automatically sync with your DAW's host tempo, making integration with your production seamless.

FORMAT: Multiformat library (ACID, Apple Loops, REX, RMX, WAV etc.) - does not include any playback software for your computer. A compatible software is required to load and play the sounds of this product.