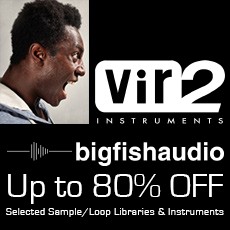 Up to 80% Off selected Sample/Loop Libraries and Instruments! 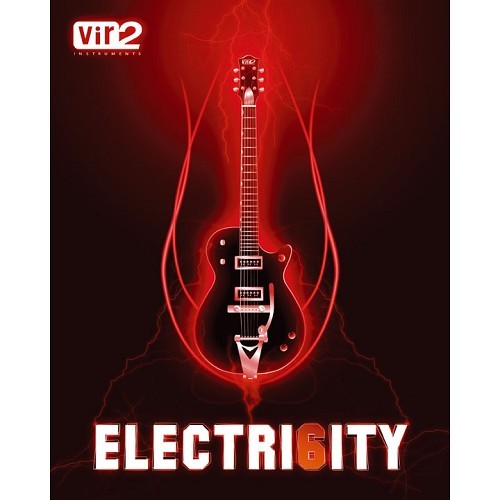 (3)
€ 279,97
$ 279.97
£ 249.21
écouter
voir
Update Required To play the media you will need to either update your browser to a recent version or update your Flash plugin.
Produits associés
Plus d'information
Revues de presse
Ratings
Prix
Specs techniques

Electri6ity is an epic electric guitar virtual instrument containing the most advanced, detailed, and versatile collection of electric guitars ever made in a virtual instrument. Electri6ity contains eight of the most famous and distinguished guitar tones from the history of the instrument: the Strat, Tele, P90, Les Paul, Rickenbacker, Danelectro Lipstick, ES335, and L4. More than 24,000 24-bit samples were taken of each guitar. Three pickup options (front, rear, and mixed) are available on every guitar. An impressive amount of samples allow you to play every articulation on every fret of every string for an absolutely authentic guitar sound. Downstrokes, upstrokes, seamless velocity layers, ghost notes, mutes, harmonics, hammer-ons, pulloffs, slides, releases, and FX...the sky is the limit with Electri6ity.

Electri6ity also utilizes the most advanced scripting to date, including the revolutionary Articulation Morphing Technology (A.M.T.) and Velocity Morphing Technology (V.M.T.), allowing for the seamless morphing from dead mute to sustain or from soft to loud. Advanced string and fretboard positioning is performed by artificial intelligence which adapts to your playing. Play fluid lines in real time using the legato engine, play chords using the chord detection engine which understands almost two thousand different chords, easily double-track, do unison bends, strum, pick, trill, tremolo pick, slide...all of this is built into the Electri6ity engine and full editing control is given over each of these parameters.

All samples in Electri6ity are recorded clean - a direct input from the guitar. Use Electri6ity´s built-in multieffects (phaser, flanger, chorus, reverb, and delay), Screamer module, and amp simulation (British, Classic, Clean, Jazz, Metal, Modern, and Rock) to make the sound come alive, or use your own guitar amps or simulators to multiply the possibilities.

"...this is the best electric guitar library we've come across to date. Select a DI instrument, play a few notes or chords and you might be convinced that a real guitar has been plugged into your mixing board." Music Tech Magazine

"I give this library 5 out of 5 subs, I really enjoy the tone, the interface, and the usability of the library"

"...if you want a range of well-sampled guitars, powered by an engine that will let you use them to create 'photo real' performances, Electri6ity will step up and deliver, regardless of the musical style you prefer to play. A truly stunning library." - Future Music Magazine