The Italian Harpsichord II library features an instrument built around 1590 by an anonymous maker. Being very typical for the Italian style, the instrument features a housing seperated from the painted cabinet. Furthermore, the instrument - which had been owned by the Australian opera singer Joan Sutherland - sports a special feature: The housing is not bearing directly on the cabinet, but on two ledges below the ribs. This allows for the under-body to resonate. 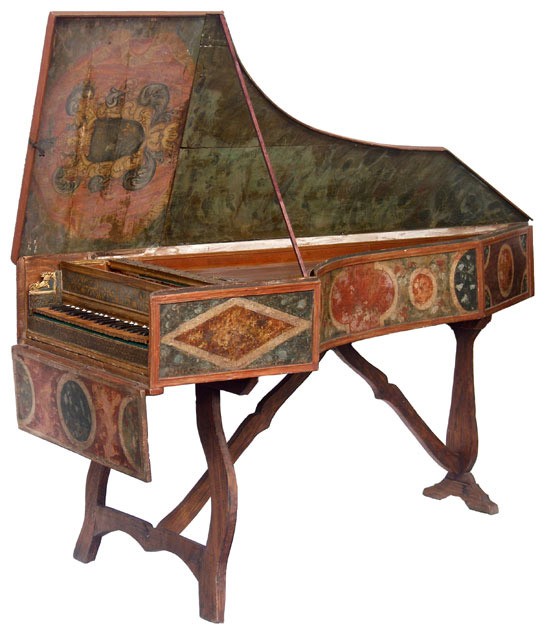 Although the keyboard is showing signs of wear, the harpsichord still remains in fully playable condition despite its age. It is now available for the first time in the sampler within the Italian Harpsichord II library, presented in its original Kirnberger III-tuning at 378 Hz.
Like all harpsichords, the instrument is not touch-sensitive in the sense of a piano. However, even if the differences are minuscule, not any given note will sound exactly the same due to different resonances of body and strings.

Until now, many keyboards and samplers represented harpsichords by always triggering off the exact same digital sample, leaving a cold and sterile sounding impression. In order to improve upon previous recreations and to pay tribute to the liveliness and depth of this antique instrument, we captured 8 variations of each note.
The release sounds of the keys are also of major importance: What was originally side noise is now often overlooked and even simply left out in artifical simulations, resulting in a very abstract overall picture. Therefore, we recorded 4 release samples of each note.

The sample library consists of nearly 550 single samples.
To start right away, presets are available for all common sample formats including HAlion®, Kontakt2® and higher, EXS24® and GigaStudio3®.

For the critical task of recording this spinet, we employed custom-made Wagner™ U47w® tube microphones in conjunction with Crane Song™ Flamingo® preamps and Universal Audio™ 2192® digital converters to do the instrument justice. For maximum sound quality, we recorded in 192 khz/24 bits resolution, downsampled to 44.1 khz/24 bits.

In addition to the samples, the library contains essays from Professor Andreas E. Beurmann himself, explaining both the historical and musical background of the instrument. 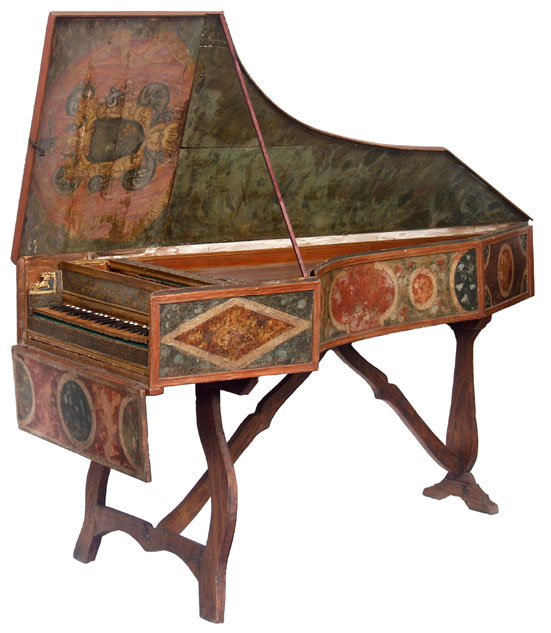 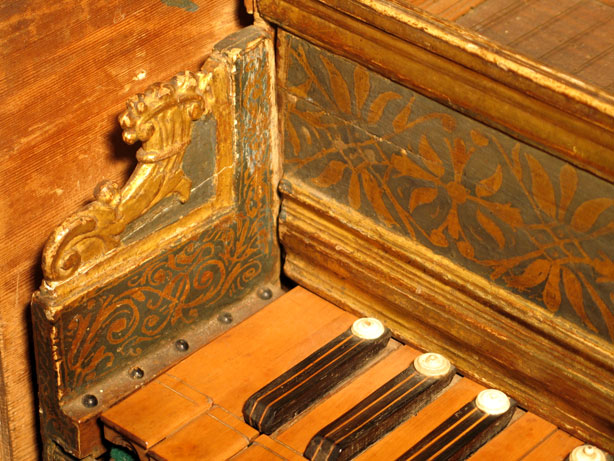