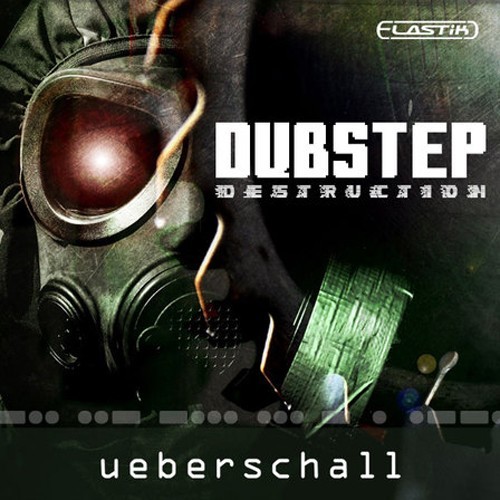 (1)
€ 49,-
$ 49.00
écouter
Update Required To play the media you will need to either update your browser to a recent version or update your Flash plugin.
Produits associés
Ratings
Specs techniques

DUBSTEP Destruction displays the genre‘s aggressive aspects. Here, punchy beats, booming wobble-basses, synth-lines and sound effects are even harder than dubstep‘s predominant raw standards. To keep the tracks flowing and danceable, we added relaxed synth-lines in ragga-style and MC-vocals to the library which channel the distorted sound elements just in the right way. DUBSTEP Destruction proves that a hard style can be successfully combined with other genres. And by mixing these massive sounding construction kits with elements of other genres, the possibilities are almost limitless.

This 950 MB library consists of ten construction kits with a total amount of 721 loops. Each kit contains five subfolders with a main kit that unites all loops and sounds of the main theme. In addition, there are variations of the main kit. In fact, a couple of variations are so different; you may use them to start a brand new track.
Like in other Ueberschall products, the drums are available as a complete sub mix and as single tracks for kick, snare, hi-hat, claps, cymbals and synthesized percussions. The latter allow building individual mixes and being able to select and exchange sounds across multiple kits. This system even allows easy combination of drum elements across different Elastik-libraries.
The instrument tracks contain ground-shaking sub-basses, booming wobble-basslines, weird synthesizers, ragga-vocals, atmospheric chords and pads as well as eccentric sound effects.
As a bonus, DUBSTEP Destruction also offers 37 basslines, 80 lead-sounds and 69 sound effects.

Every ambitious producer or dubstep-DJ should have this library installed. DUBSTEP Destruction is a perfect match for music production and also ideally suited for jingles, game-, television- and film scoring where harder sound is demanded.

Elastik-Feature
Ueberschall‘s Elastik player with its central Loopeye is perfectly suited for production work in a DJ‘s fashion. Thanks to its straight forward browser, the library‘s loops as well as all other installed Elastik-libraries are accessible within seconds. Therefore, every construction kit can be easily and arbitrarily expanded. Thanks to zplane.development‘s „élastique pro“ algorithm, tempo and pitch are also matched fast and at highest quality. With a broad range of time-stretching between 30 and 300 BPM, half-tempo and double-tempo-beats are not a problem!
Modern styles such as dubstep can fathom Elastik‘s enormous sound design potential by using functions like resample, formant, reverse, loop start- und end-positions that can be modulated as well as a powerful 72dB multi-mode-filter. By automating the sound parameters, any loop can be varied significantly for multiple uses. And by adding granular loops, you will easily create countless new glitches, wobbles, filter- and cutting effects. At the same time, Elastik player will hardly affect your CPU-load.

Credits
DUBSTEP Destruction has been produced by members of the Buzzerdz project. Marc Steinmeier and Ron Paul have already worked for companies such as Universal Music, EMI Electrola and Sony/BMG. Many of their tracks and remixes of well-known artists such as LL Cool J, Alicia Keys, George Clinton and Eminem thank their final polishing in composition and sound design to them.

Free ELASTIK 3.5 Loop-Player is included in this product.
With its intuitive Loopeye editing environment, the high-quality pitch, key, scale and tempo manipulation algorithms and the huge collection of Elastik-ready sample libraries spanning almost every conceivable musical genre, Elastik is a powerful workstation for loop-based music creation. It can be used either as a stand-alone application or as plugin within almost any DAW on both Windows and macOS platforms.