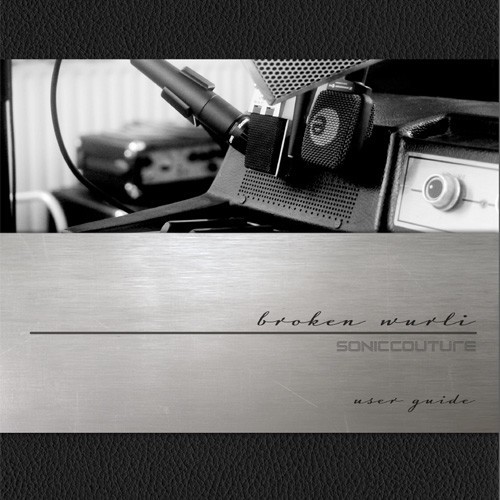 THE CHUNKIEST, DIRTIEST KEYS EVER

Why did Soniccouture sample a Broken Wurlitzer 200A electric piano? Asking around producers they know, to see if anyone had any junky, but cool sounding old keyboards ; Neil Davidge, producer for Massive Attack, said “..erm, I have an old Wurlizer piano with a dodgy distorting speaker that sounds great”. So, they borrowed it, and he was right, it did sound really great.

The left hand speaker breaks up and sounds absolutely savage, while the right hand speaker does the expected 'clean' (but lo-fi) sound. Soniccouture wanted to sample it, so they conducted some experiments with just recording single notes from the speaker with a microphone, and it sounded very cool - giving the iconic Wurlizter tone some real drive and bite.

GROWLING AND SNARLING OR WARM AND MELLOW

Broken Wurli is a totally unique electric piano instrument - using the 3 dials (below) on the front panel you can mix any sound you need ; from classic, clean line out, to growling distortion and buzzing chords.

The 3 round-robin layers make the playing experience feel very real - this is the first sampled electric piano we have played that really feels physical and mechanical.

To make sure the full nastiness of the broken speaker distortion was fully captured, 4 different mics were used in the studio. A pair of vintage 1970s AKG 414s, one on each speaker, to record the warmth and low end. Then an SM57, for an essential dynamic mic sound, and finally settled on a Sennheiser e600 series dynamic mic for a further contrasting character. The mics were then mixed down to a mono channel for each speaker. 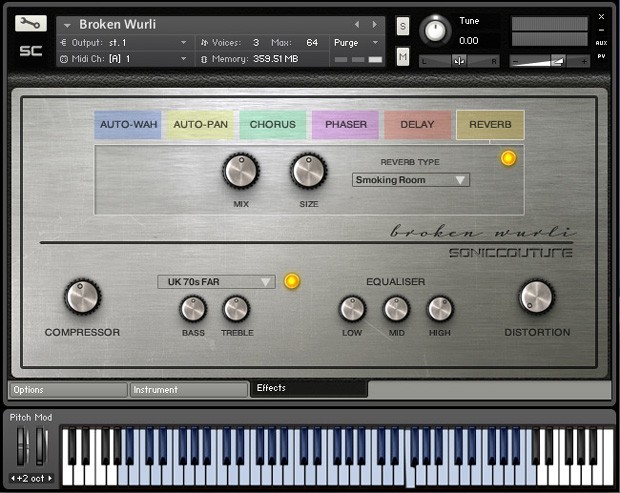 The mics were paired with some esoteric 1970s preamps by Neumann and Siemens. The line-out signal was also recorded simultaneously, giving the 3 distinct sounding channels that make up the Broken Wurli instrument.

The vintage character of the recording ( made at Lodge Studios, Surrey, England ), combined with the 3 round robin alternate sample layers and the 9 velocity layers make this the most solid, realistic sounding sampled electric piano we’ve ever heard.