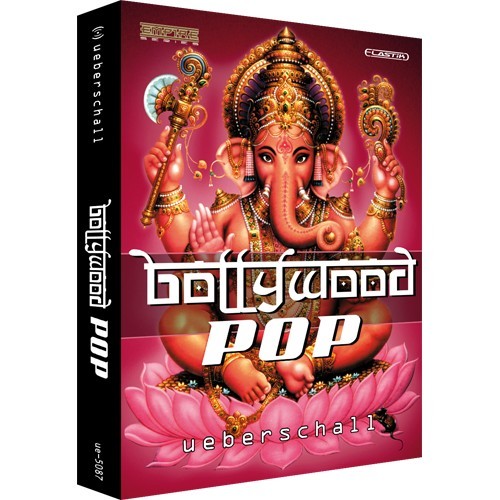 This library is a true reflection of the music that accumulates today’s contemporary Bollywood sound tracks. The library is engineered with factual high-end technical standards, which accomplishes all quality demands for high fidelity productions of the western music.

The bollywood movies are globally identified as the worlds leading drama and romance based scenario scripts, which are traditionally accompanied by spectacular sound tracks that lift up the viewers experience to a higher level. The inimitable soprano lines of the adorable Hindi female vocal artists, singing duet love lines with romantic sounding male vocalists. The high pitched string lines, the rare instruments that are never heard anywhere near your neighbourhood, gliding up and down in eight/note scales crying out romance and obsession, percussion works that inevitably inspires and impacts the worlds pop-music.

Content
All recorded content is performed by dexterous Indian musicians, and adroit vocal artists, representing the deepest traditions of the Bollywood’s, yet at the same time featuring styles that deliver a unique combination of urban, hip-hop, rnb, dance and reggaeton lines crammed into bollywood movie themes.

Structure
All of this supremely combined with pure western urban, PoP and R&B styles, in a variety of creative impulses powered by Ueberschalls ultimate Elastik II engine ready to be dropped into your contemporary project. Also included some Punjabi “Bhangra” tracks with hot tribal dhol grooves, more appropriate for dance based productions.

Credits
All tracks are produced and supremely engineered by Kamran Tatar (A-tee) at Noizia Productions Sweden. A-tee’s aspiration with this product was to achieve a superlative product that outstands the average sample library standards, and provides a massive amount of ideas and live played samples which could help the user to create unique works with traditional sound images.

This Library is delicately produced as the first title in favour for ueberschalls upcoming product-line “Empire Series” brought to you in co-partnership with Noizia Productions.

Free ELASTIK 3.5 Loop-Player is included in this product.
With its intuitive Loopeye editing environment, the high-quality pitch, key, scale and tempo manipulation algorithms and the huge collection of Elastik-ready sample libraries, spanning almost every conceivable musical genre, Elastik is a powerful workstation for loop-based musicproduction. It can be used either as a standalone application or as plugin within almost any DAW on both Windows and macOS platforms.