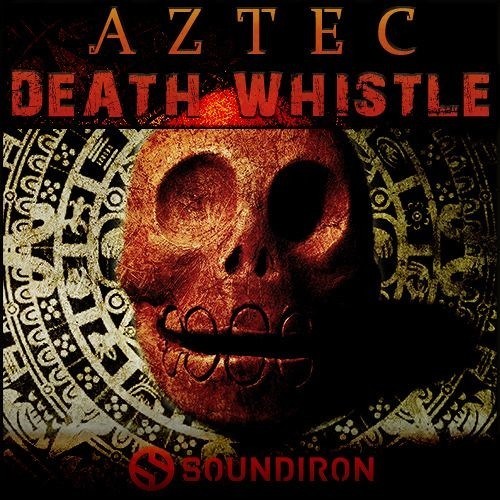 Aztec Death Whistle is a deeply sampled folk wind instrument that captures the dark soul of the ancient Aztec death whistle, a ceremonial clay resonator used during human sacrifice rituals and warfare at the height of the Aztec empire in Central America, during the 14 and 15th centuries AD in what has now become modern day Mexico.

This whistle — technically grouped into the same family of whistles as bird and animal call whistles — is made of kiln-fired clay. It has two chambers which create air cavities that are resonated by blowing into the top of the skull. It produces a harsh, raspy atonal vocal sound very much like a dying breath, but with a shrill demonic essence that is certain to evoke dread on an almost instinctive level. It is the sound of death incarnate. 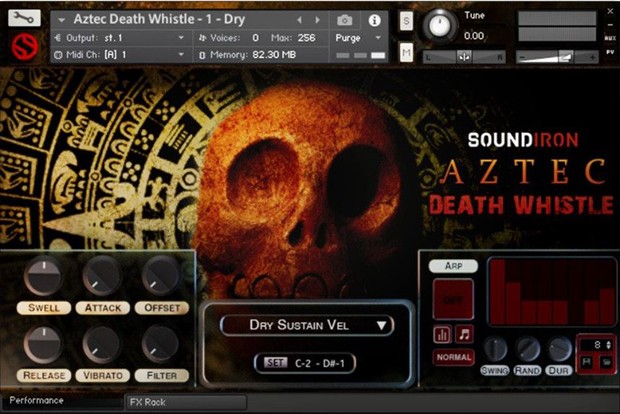 Soundiron recorded this instrument exhaustively, in a dry studio, as well as from close and far postilions in a large open hall for a rich, lush ambience. With deep velocity layering and natural round-robin variation, plus tons of unique sound-designed and atmospheric content, the Aztec Death Whistle library puts the soul and essence of this dark and unique instrument into the palm of your hand.

The library comes equipped with flexible control features, like attack, release, transient offset, dynamic swelling, octave, vibrato and a robust Arpeggiator system that provides a full range of custom dynamic arpeggiation modes and step sequencer pattern creation options. There’s also a complete DSP effects rack, including convolution reverb with dozens of unique spaces, such as cathedrals, churches, halls, bunkers, garages, tunnels, chambers, rooms and plenty of special FX impulses to fully explore and endless variety of strange and unexpected sonic manipulations. All of the samples are also uncompressed PSC stereo wavs, so you can manipulate them directly and import them into any wav-compatible audio software you wish.

This library is designed for the full retail version of Native Instruments Kontakt 5.5 or later.