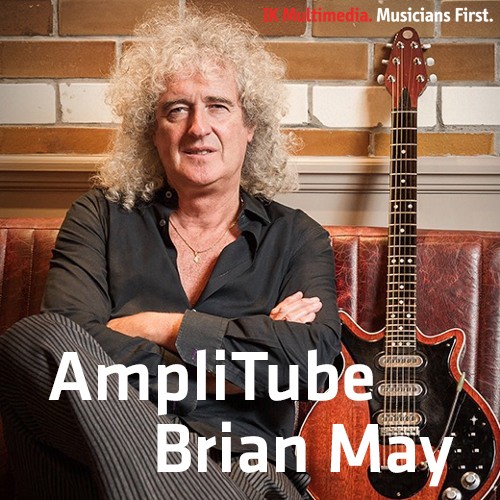 (2)
€ 109,-
$ 102.35
£ 97.10
écouter
voir
Update Required To play the media you will need to either update your browser to a recent version or update your Flash plugin.
Produits associés
Ratings
Specs techniques

A special guitar, one-of-a-kind gear, unmistakable sound. Brian May’s guitar tone has powered some of the biggest rock anthems the world has ever heard. His intricately-layered harmonized leads, muscular rhythm guitar, and sweet clean tones blazed a path for rock guitarists, proving that rock music can have both brains and brawn.

What’s included in AmpliTube Brian May

AmpliTube Brian May features 10 brand new models including 2 amps, 3 cabinets and 5 stomps created to recreate both the guitar and gear Brian used live and in the studio. A new pedal modeling his Red Special guitar, the unique home-built “Deacy” Amp (with adjustable battery power!), the famous triple-amp setup, his tone-shaping effects, and even a harmonizer so you can nail those Queen leads and go Headlong into the tone that sparked a rock revolution – they’re all here.